If the 2020 U.S. Presidential Election were held today, how would you vote?

Visit this page between October 25th & 31st to submit your confidential answer on this form.

Let's see who Brescia University would choose at the next U.S. President.

Check the websites below to inform your voting decision

BallotPedia: an overview of candidates and their policy positions

Resources for Catholics and the decision to vote their conscience: 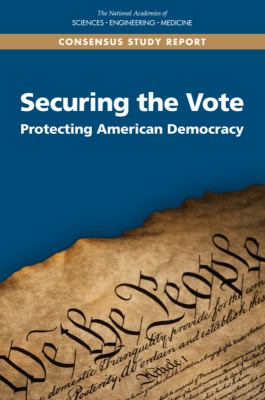 The Future of Voting in the United States

During the 2016 presidential election, America's election infrastructure was targeted by actors sponsored by the Russian government. Securing the Vote: Protecting American Democracy examines the challenges arising out of the 2016 federal election, assesses current technology and standards for voting, and recommends steps that the federal government, state and local governments, election administrators, and vendors of voting technology should take to improve the security of election infrastructure. In doing so, the report provides a vision of voting that is more secure, accessible, reliable, and verifiable. 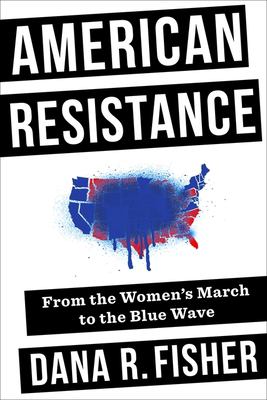 Who are the millions of people marching against the Trump administration? American Resistance traces activists from the streets back to the communities and congressional districts around the country where they live, work, and vote. Using innovative data, Dana R. Fisher analyzes how resistance groups have channeled outrage into activism. 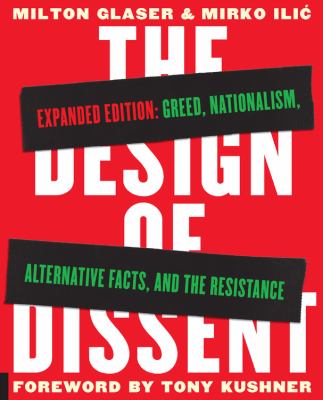 The Design of Dissent, Expanded Edition

The Design of Dissent is a global collection of socially and politically driven graphics on issues including Black Lives Matter, Trump protests, refugee crises, and the environment. 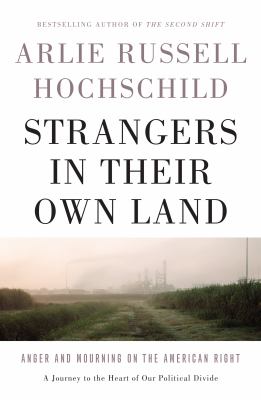 Strangers in Their Own Land

In Strangers in Their Own Land, the renowned sociologist Arlie Hochschild embarks on a thought-provoking journey from her liberal hometown of Berkeley, California, deep into Louisiana bayou country--a stronghold of the conservative right. As she gets to know people who strongly oppose many of the ideas she famously champions, Hochschild nevertheless finds common ground and quickly warms to the people she meets. Along the way she finds answers to one of the crucial questions of contemporary American politics: why do the people who would seem to benefit most from "liberal” government intervention abhor the very idea? 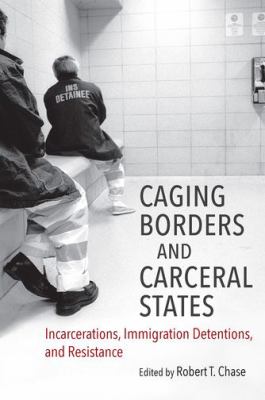 This volume considers the interconnection of racial oppression in the U.S. South and West, presenting thirteen case studies that explore the ways in which citizens and migrants alike have been caged, detained, deported, and incarcerated, and what these practices tell us about state building, converging and coercive legal powers, and national sovereignty. As these studies depict the institutional development and state scaffolding of overlapping carceral regimes, they also consider how prisoners and immigrants resisted such oppression and violence by drawing on the transnational politics of human rights and liberation, transcending the isolation of incarceration, detention, deportation and the boundaries of domestic law. 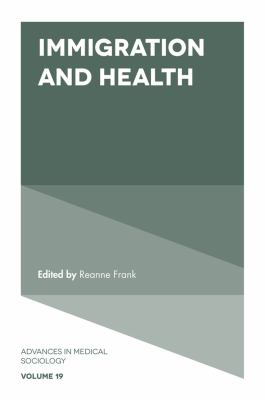 The current politicized climate around immigration includes heated debate over the potential costs of continued immigration for the health and well-being of the nation. Amid the controversy, one pattern that has escaped significant notice is that immigrants today are healthier than the native-born. Even more striking is that these positive health profiles are found among those immigrants who tend to have less education and lower income, factors that population health researchers have typically associated with poor health. A final feature of contemporary immigrant health is evidence of a gradual loss of the immigrant health advantage with time in the U.S. and across generations. 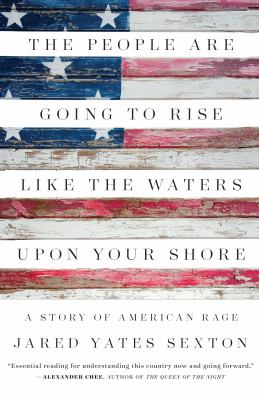 The People Are Going to Rise Like the Waters Upon Your Shore is a firsthand account of the events that shaped the 2016 presidential election and the cultural forces that divided both parties and powered Donald Trump into the White House. Featuring in-the-field reports as well as deep analysis, Sexton's book is not just the story of the most unexpected and divisive election in modern political history. It is also a sobering chronicle of our democracy's political polarization--a result of our self-constructed, technologically assisted echo chambers. 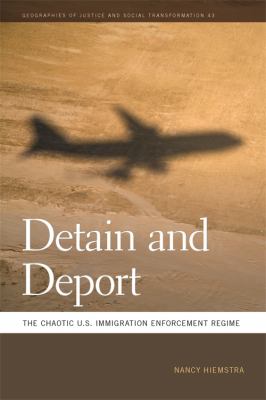 Detention and deportation have become keystones of immigration and border enforcement policies around the world. The United States has built a massive immigration enforcement system that detains and deports more people than any other country. This system is grounded in the assumptions that national borders are territorially fixed and controllable, and that detention and deportation bolster security and deter migration. Nancy Hiemstra's multisided ethnographic research pairs investigation of enforcement practices in the United States with an exploration into conditions migrants face in one country of origin: Ecuador. Detain and Deport's transnational approach reveals how the U.S. immigration enforcement system's chaotic organization and operation distracts from the mismatch between these assumptions and actual outcomes. 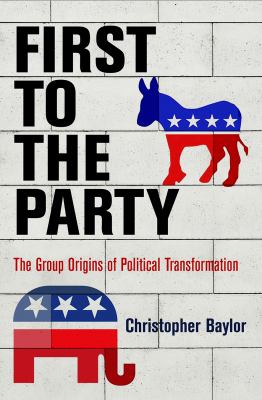 First to the Party

The United States has scores of potential issues and ideologies but only two major political parties. How parties respond to competing demands for their attention is therefore central to American democracy. First to the Party argues that organized groups set party agendas by invading party nominations to support candidates committed to their interests. Where the nominees then go, the parties also go. Using in-depth archival research and interviews with activists, Christopher Baylor applies this proposition to the two most important party transformations of the twentieth century: the Democratic Party's embrace of civil rights in the 1940s and 50s, and the Republican Party's embrace of cultural conservatism in the 1980s. 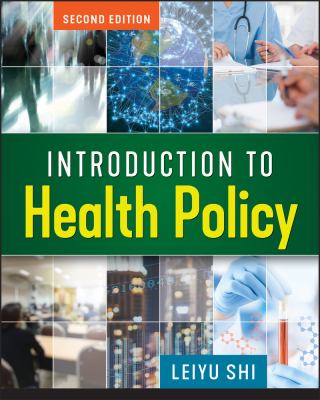 Healthcare needs in the United States are challenging and continuously evolving. As a result, healthcare is a constant priority for leaders at the federal, state, and local levels. Healthcare leaders who have a strong understanding of the basics of health policy are optimally positioned to improve health and healthcare in both their organizations and their communities. Introduction to Health Policy uniquely integrates an introductory overview of health policymaking with an examination of critical policy-related issues, research and evaluation methods, and international perspectives. This introductory book breaks down the complexity of health policy for future healthcare leaders who need a better understanding of how policy affects organizations and communities and how they themselves can influence health policymaking. 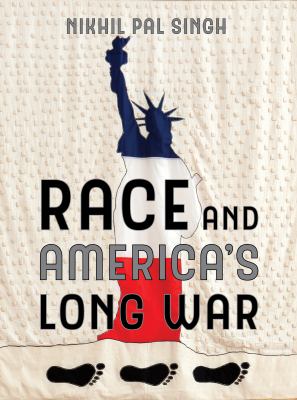 Donald Trump's election to the U.S. presidency in 2016, which placed control of the government in the hands of the most racially homogenous, far-right political party in the Western world, produced shock and disbelief for liberals, progressives, and leftists globally. Yet most of the immediate analysis neglects longer-term accounting of how the United States arrived here. Race and America's Long War examines the relationship between war, politics, police power, and the changing contours of race and racism in the contemporary United States. Nikhil Pal Singh argues that the United States' pursuit of war since the September 11 terrorist attacks has reanimated a longer history of imperial statecraft that segregated and eliminated enemies both within and overseas. 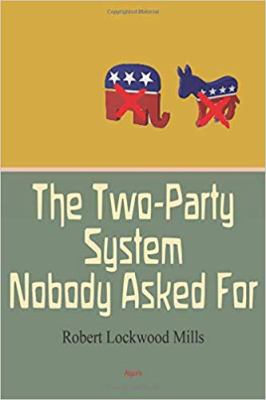 The Two-Party System That Nobody Asked For

Bob Mills analyzes the Democratic Party and the Republican Party over the course of time. He finds both of them seriously flawed and raises deep questions about the two-party system overall. 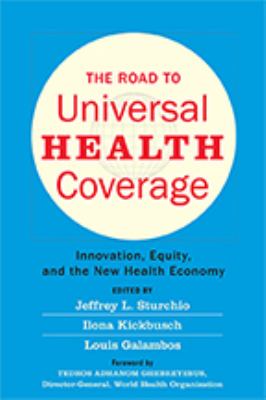 The Road to Universal Health Coverage

In The Road to Universal Health Coverage, Jeffrey L. Sturchio, Ilona Kickbusch, Louis Galambos, and their contributors explore the ways in which the private sector is already helping countries achieve universal health coverage. Stressing the many positive aspects of UHC developments, the book focuses on the new health economy and the sometimes controversial dimensions of the private sector helping countries achieve UHC. Theoretical chapters are complemented by a series of case studies that explore the myriad ways in which private sector actors are already addressing UHC. 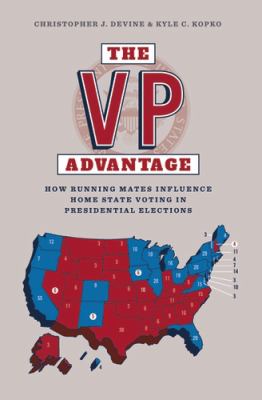 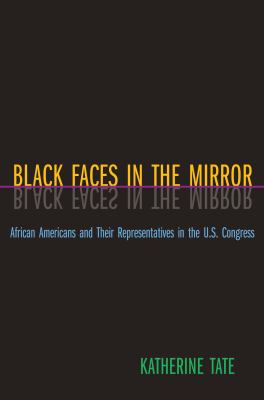 Black Faces in the Mirror

Here, Katherine Tate examines the significance of race in the U.S. system of representative democracy for African Americans. Presenting important new findings, she offers the first empirical study to take up the question of representation from both sides of the constituent-representative relationship.