Faced with racist caricatures, African American painters decided to present a different image of their community than the one imposed by the degrading stereotypes of a brutally racist society. Ignored and marginalized, they had to wait a century before they finally won recognition. This film tells the story of how African American artists took back their image, from the abolition of slavery to the present day.

The young adult novel "The Hate U Give" tells the story of a teenager whose childhood friend is shot and killed by a police officer. In the book, now a finalist for a National Book Award and Kirkus Prize, author Angie Thomas addresses difficult topics including race relations, police violence and racial stereotypes. NewsHour Weekend Special Correspondent Alison Stewart spoke with Thomas.

This inspirational documentary is about a band of courageous civil-rights activists calling themselves the Freedom Riders. Gaining impressive access to influential figures on both sides of the issue, it chronicles a chapter of American history that stands as an astonishing testament to the accomplishment of youth and what can result from the incredible combination of personal conviction and the courage to organize against all odds.

A look back at 1965 and the unsung soldiers of the voting rights marches. Catholic nuns from across the country answered Martin Luther King's call to join the protests in Selma, Alabama. Examine their story and how the experience changed them forever.

As the United States raced against Russia to put a man in space, NASA found untapped talent in a group of African-American female mathematicians that served as the brains behind one of the greatest operations in U.S. history. Dorothy Vaughan, Mary Jackson, and Katherine Johnson crossed all gender, race, and professional lines while their brilliance and desire to dream big, beyond anything ever accomplished before by the human race, firmly cemented them in U.S. history as true American heroes.

Dr. Martin Luther King, Jr.'s historical struggle to secure voting rights for all people. A dangerous and terrifying campaign that culminated with an epic march from Selma to Montgomery, Alabama in 1964. "The unforgettable true story chronicles the tumultuous three-month period in 1965, when Dr. Martin Luther King, Jr. led a dangerous campaign to secure equal voting rights in the face of violent opposition. The epic march from Selma to Montgomery culminated in President Johnson signing the Voting Rights Act of 1965, one of the most significant victories for the civil rights movement. Director Ava DuVernay's "Selma" tells the story of how the revered leader and visionary Dr. Martin Luther King, Jr and his brothers and sisters in the movement prompted change that forever altered history."

Jesse Owens' quest to become the greatest track and field athlete in history launches him onto the world stage of the 1936 Olympics, where he faces off against Adolf Hitler's vision of Aryan supremacy.

King: Go Beyond the Dream to Discover the Man

"Forty years after Martin Luther King's assassination, HISTORY, with newsman Tom Brokaw, takes viewers through the extraordinary life and times of America's civil rights visionary. KING goes beyond the legend to portray the man, the questions, the myths, and most importantly, the relevance of Dr. King's message in today's world."

In 1960s Mississippi, Skeeter, a southern society girl, returns from college determined to become a writer but turns her friends' lives and a small Mississippi town upside down when she decides to interview the black women who have spent their lives taking care of prominent southern families. Aibileen, Skeeter's best friend's housekeeper, is the first to open up, to the dismay of her friends in the tight-knit black community.

The March: The Story of the Greatest March in American History

Witness the compelling and dramatic story of the 1963 March on Washington, where Dr. Martin Luther King gave his stirring "I Have a Dream" speech. This watershed event in the Civil Rights Movement helped change the face of America. Recounts the events when 250,000 people came together to form the largest demonstration the young American democracy had ever seen.

To Kill a Mockingbird

The setting is a dusty Southern town during the Depression. A white woman accuses a black man of rape. Though he is obviously innocent, the outcome of his trial is such a foregone conclusion that no lawyer will step forward to defend him-- except the town's most distinguished citizen. His compassionate defense costs him many friendships but earns him the respect and admiration of his two motherless children

Martin Luther King: "I have a Dream"

"I have a dream" contains King's entire inspirational speech in Washington D.C. on August 28, 1963. This video also includes a newsreel and documentary footage from the 1963 march plus footage from the rally on the twentieth anniversary of the original march

Traces the history of black America back to ancient African civilization, examining attempts by the white establishment in the U.S. to conceal this knowledge as a means of undermining African American identity. Presents theories of scholars and social commentators which comprise a history in which African Americans have been systematically oppressed as a people

The heart-wrenching story of a young black girl in the early 20th century who's forced into a brutal marriage and separated from her sister. 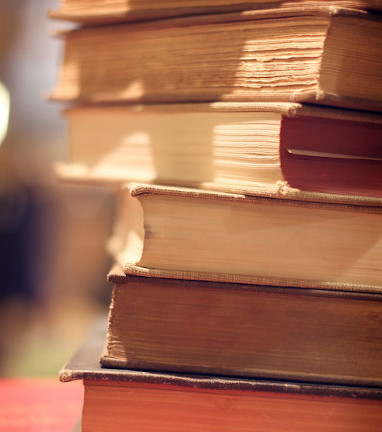 Find these and more at the Fr. Leonard Alvey Library